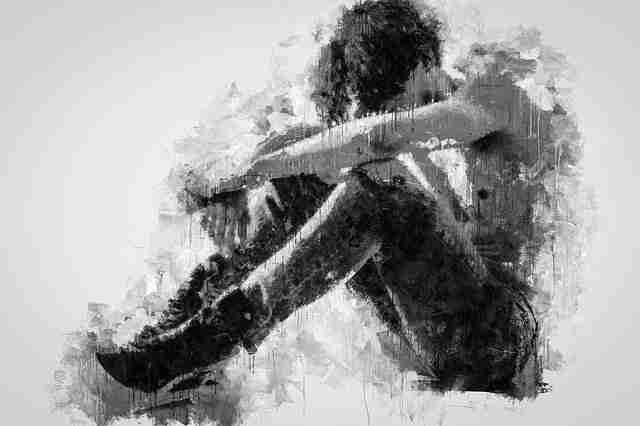 Depression is a common mental illness that can cause significant distress and impair daily functioning. It is estimated that around 350 million people of all ages suffer from depression worldwide.

Unfortunately around 40% of patients suffering from major depression do not respond to antidepressant medication. In such cases of treatment-resistant depression , other treatment options need to be considered.

One such option is repetitive transcranial magnetic stimulation (rTMS).

rTMS is a non-invasive brain stimulation technique that has been found to be effective in reducing depression symptoms in treatment-resistant depression patients.

What is major depression?

Major depression is a mental illness characterized by persistent depressed mood, loss of interest in activities, and decreased energy levels. These symptoms can lead to impaired functioning. They are also usually accompanied by physical symptoms such as sleep disturbances, changes in appetite, and fatigue. Major depression is a serious condition that can be debilitating and can even lead to suicide.

Neuroimaging studies of patients suffering from major depressive disorder have shown impaired connectivity between the cortical and subcortical areas in the brain. These are the regions of the brain involved in reward responsiveness and voluntary control of mood.

It is believed that rTMS works by improving connectivity between these regions of the brain.

Repetitive transcranial magnetic stimulation uses magnetic fields to stimulate nerve cells in the brain. This treatment is typically used when other treatments, such as medication and psychotherapy, have failed to improve symptoms.

rTMS is a non-invasive procedure that is delivered through a device that emits magnetic pulses, which are then targeted at specific areas of the brain. When used to treat depression, rTMS is usually given on a daily basis for several weeks or months.

Repetitive transcranial magnetic stimulation has been found to be effective in reducing serious symptoms such as suicidal ideation, neurovegetative symptoms, and anxiety, and has thus become an increasingly popular treatment options worldwide.

What is the impact of rTMS on the brain?

On May 18, 2022, a paper entitled Predictive Value of Acute Neuroplastic Response to rTMS in Treatment Outcome in Depression: A Concurrent TMS-fMRI Trial was published in the American Journal of Psychiatry.

The authors of the paper described what happens in the brain during repetitive transcranial magnetic stimulation.

They found that a single session of repetitive transcranial magnetic stimulation to the prefrontal or hippocampal areas of the brain causes alterations in the connectivity and activity of the targeted brain regions.

When targeting the hippocampus, rTMS improved memory encoding and memory formation. Additionally, these changes had positive behavioural effects on the patient, whose quality of life slowly started to improve.

rTMS is a promising treatment option for patients suffering from treatment-resistant depression. This therapy has been found to be effective in reducing depression symptoms. Significantly, it is associated with positive changes in brain activity and connectivity.

While more research is needed to fully understand the mechanisms underlying the therapeutic effects of rTMS, this treatment shows great promise in the treatment of major depressive disorder.

If you or someone you know is suffering from depression, please seek professional help. Depression is a serious condition that can be debilitating and can even lead to suicide.

Important information for anyone struggling with suicidal thoughts

If you are struggling with thoughts of suicide, please act immediately. Contact a mental health professional or call a suicide hotline in your area.

In the United States, the National Suicide Prevention Lifeline provides 24/7, free and confidential support for people in distress, as well as prevention and crisis resources.

In Canada, the Canadian Association for Suicide Prevention provides resources and support to those affected by suicide.

In the United Kingdom you can contact the National Suicide Prevention Helpline or call them on 0800 689 5652.

If you are in another country, please visit this page for a list of international suicide hotlines.

The following posts will be useful if you or someone you love is struggling with Depression.